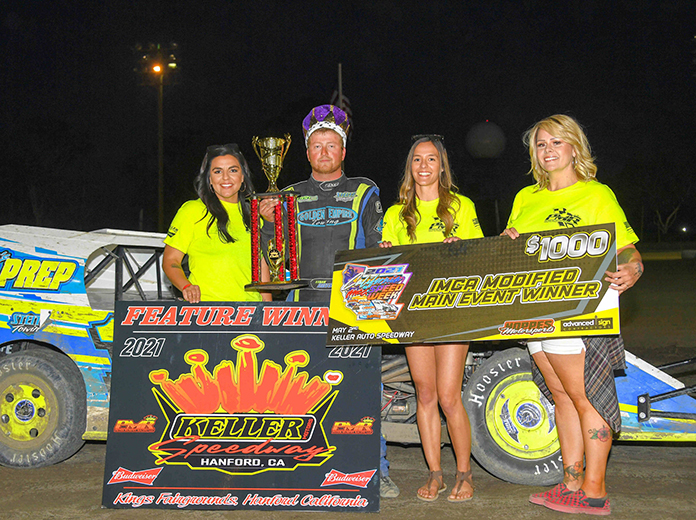 The 25-lap IMCA modified feature began with Dotson battling Kellen Chadwick on the opening circuit. Dotson managed to edge Chadwick at the start/finish line to take the lead early in the feature.

As the run extended, so did Dotson’s gap to second. With no cautions to help the field catch up, Dotson easily raced to the checkered flag first for his first IMCA modified victory of the week.

The Sunoco IMCA Stock Car feature saw more of the same for Dotson, who took the lead on the opening lap down the backstretch. The race went non-stop, with Dotson putting on a clinic to easily secure the victory.

In the Karl Kustoms IMCA Northern Sportmod division, Fred Ryland took the lead on lap 11 via a three-wide pass on Tyler Bannister and Garrett Jernagen. Despite two caution periods that followed, Ryland led the rest of the distance to earn his first victory of the week.

More in this category: « Cummins Is Top Dog In Terre Haute Sprint Two More For Dotson During California IMCA Speedweek »
back to top