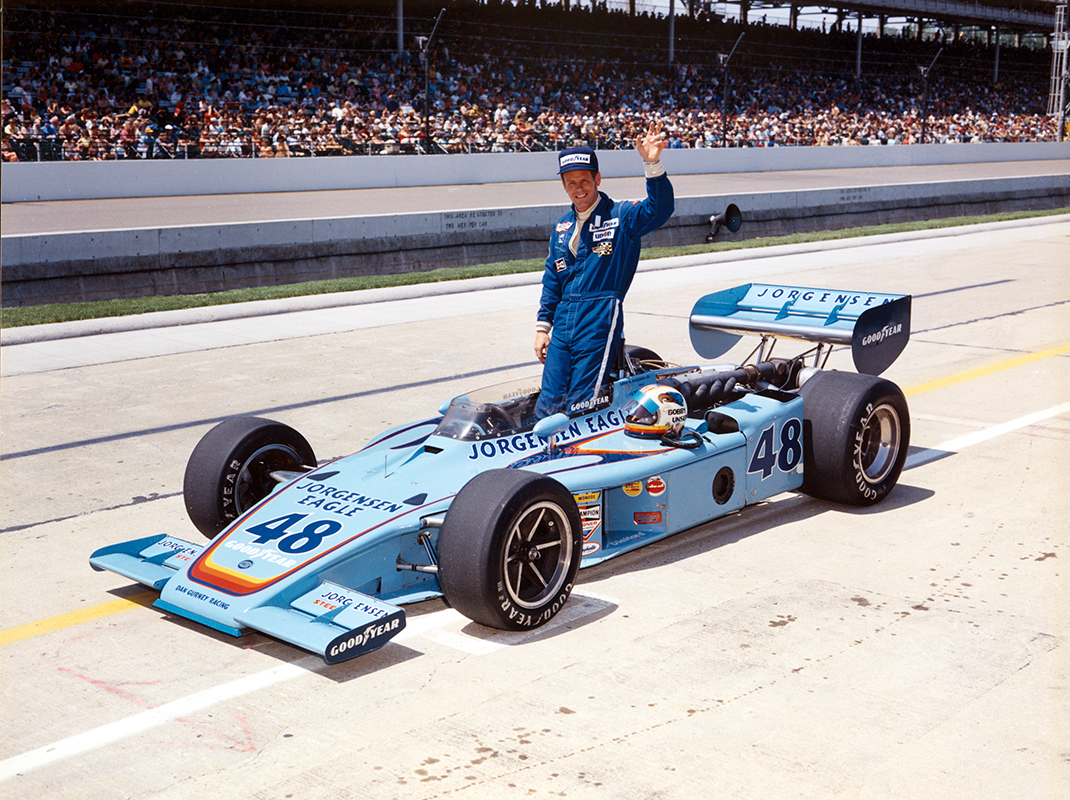 This story was originally published in January of 2019.

Bobby Unser became one of the most popular Indy car drivers of all time because he was a charger.

Unlike his younger brother, Al, and former teammate Rick Mears — two drivers who used patience and finesse to let the race come to them — Unser charged to the front.

That driving style would either put Unser in victory lane or out of the race, but the fans loved to see him charge to the front.

“I may not have won the race, but I was always leading when the car broke,” Unser was proud of saying. “The fans knew that Bobby Unser was always the fastest driver in the race.”

During an Indy car career that began in 1963 and concluded in 1981, Unser won 52 poles, including two at the Indianapolis 500 and seven at Michigan Int’l Speedway.

He was also controversial. Unser was never afraid to voice a strong opinion. He admits he was probably not a very good teammate and didn’t like to share information with another driver on the same team.

Unser was fast, though, and brilliant. He was a leading star while racing against the other legends in the sport, including A.J. Foyt, Mario Andretti, Parnelli Jones, Gordon Johncock, Rick Mears, Tom Sneva, Johnny Rutherford and his brother, Al.

He was just as famous for his opinions as he was for being a racer and that led to a successful television career as a racing analyst on three different networks. While working for ABC, his repartee with fellow analyst Sam Posey and play-by-play man Paul Page became legendary.

Anyone who heard that trio call an Indy 500 often heard Unser bellow, “Sam, you’re wrong and here’s why.”

Unser was a star, on and off the track.

At 84 years of age, a bad back and a hip injury from a recent fall have slowed the man who used to drive so fearlessly. He gets around with the help of a motorized chair and spends most of his time at his home known as “Unserville” in Albuquerque, N.M.

His body may show signs of age, but Unser’s mind is still sharp as a whip and he remains one of the great interviews in all of sports.

“I was totally, totally lucky to come up in that era of the 1960s and 1970s,” Unser told SPEED SPORT. “In my opinion, that was biggest and best era in automobile racing, period. That was the era to be in. For myself, I feel really lucky because I actually shifted gears and did a lot of things they don’t do now.”

Unser also had to come to grips with the danger of racing during that era.

“That was one thing that didn’t bother me at all,” he said. “I didn’t worry about that. I always thought, if somebody got hurt, it would be the other guy. Foyt and I got together in a sprint car crash at Ascot Speedway and I got upside down, but I was OK. I can never remember thinking about that until after the other guys were all gone.”

The Unsers, Foyt, Andretti and others did most of their racing in championship dirt cars, sprint cars and midgets, in addition to running the Indy cars.

“That is absolutely right,” Unser recalled. “We were like boxers and everybody took their best shot.”

And long before the Unsers became famous at the Indianapolis 500, they had established themselves as the Kings of the Hill. And this wasn’t any ordinary hill; it was the mightiest mountain of motorsports — the Pikes Peak Hill Climb.

More in this category: « Three-Time Indy 500 Winner Bobby Unser, 87 Two More For Dotson During California IMCA Speedweek »
back to top