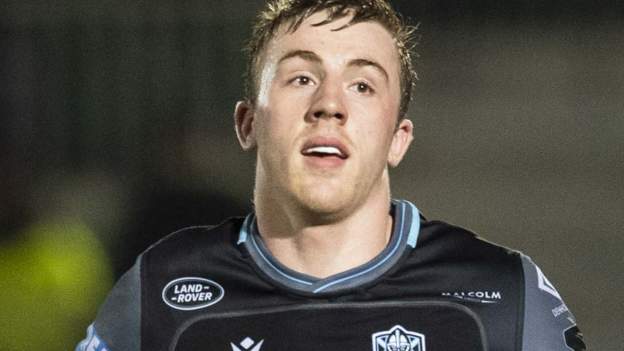 Flockhart signed a professional contract with the United Rugby Championship side in 2018.

But his departure follows "countless injuries" that began before he joined Glasgow.

"This decision is about taking care of my mind and my body and exploring my options beyond rugby," he said.

"From the experience that I have gained through my struggles, I now realise how important it is to be mentally flexible and to not put such heavy pressure on myself again."

Flockhart was given extended leave by Glasgow last October and the former Scotland Under-20 international has now decided to call time on his career.

The number eight admits he "wasn't coping" after a succession of injuries affected his mental health.

He has praised the support he received from Scottish Rugby and Glasgow, particularly former head coach Dave Rennie, who brought a psychologist to the club to work with him.

"I owe a lot to Dave Rennie, who would pull me aside for chats checking that I was coping OK," Flockhart added.

"In the beginning, I didn't want to admit that I was struggling because I viewed it as a sign of weakness, and I didn't want it to count against me for selection.

"The day that I finally admitted that I wasn't coping, he told me something that helped me a lot. He said, 'Mental health problems are like injuries so treat them as such. You have a mental health issue, you see a psychologist and rehab it back to full strength.'

"The support that I have received from everyone within Scottish Rugby has far exceeded anything that I would have expected. I can't stress how grateful I am.

"The boys have been great too, with many of them sharing their own personal stories with me and what has helped them."