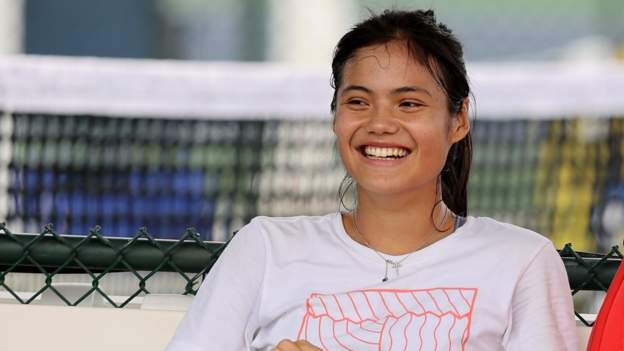 The US Open champion has lined up a short trial with the Spaniard as she weighs up who is best placed to guide the next stage of her career.

Andrew Richardson coached Raducanu to the title in New York, but his short-term contract has not been extended.

Carril played a huge part in Konta's rise into the world's top 10 from outside the top 100.

It was a big surprise when they parted company at the end of 2016, the year in which Konta reached her first Grand Slam semi-final at the Australian Open and won her maiden WTA title in California.

Carril has continued his links with British tennis since. He worked briefly at one of the LTA's National Academies in Stirling, and has been working most recently with British player Katie Swan, 22.

Raducanu is set to play next at the Transylvania Open, which begins in Cluj, Romania, a week on Monday.

Her only appearance since the US Open was at Indian Wells, where she lost her first match as a Grand Slam champion to Aliaksandra Sasnovich.

Jeremy Bates stood in as her coach for a few days, but he has a long-term arrangement with another British player, Katie Boulter.

It may be that other trial periods will follow the one with Carril, as Raducanu and her family try to identify the right coach to lead her into January's Australian Open.