Toyota To Sponsor Kalitta At Houston 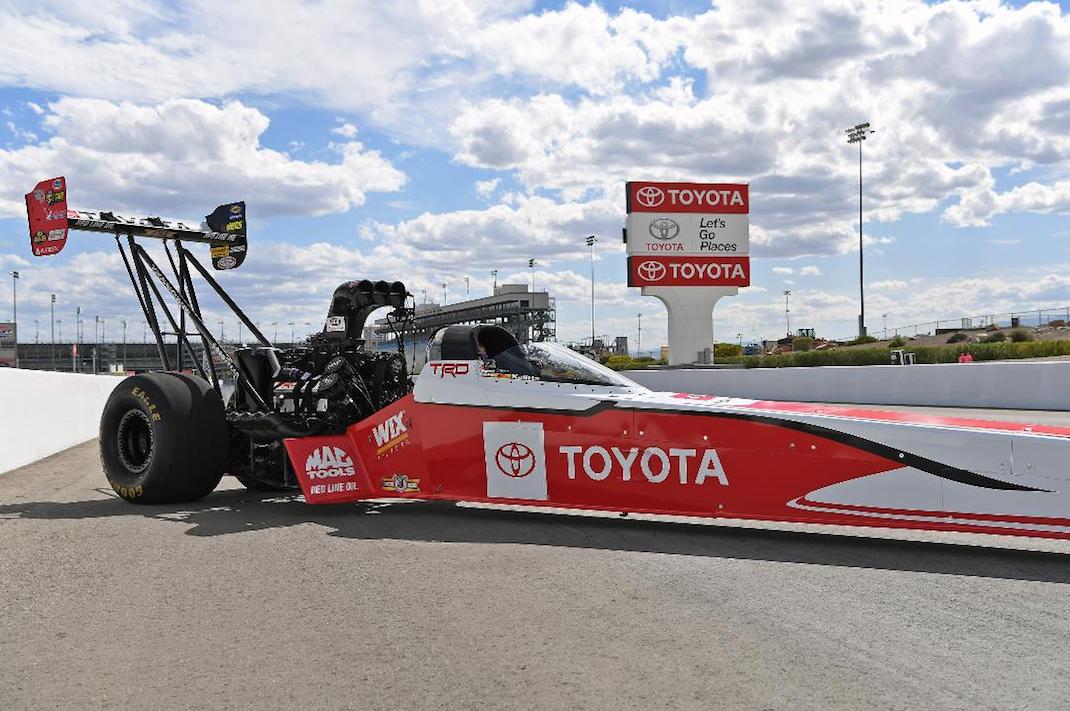 PLANO, Texas — Toyota and Kalitta Motorsports announced the auto maker will be the primary sponsor of Doug Kalitta’s Top Fuel dragster during this weekend’s SpringNationals at Houston Raceway Park.

“This is an extension of the exceptional partnership Toyota has enjoyed with Kalitta Motorsports both marketing and technology-wise,” said Laura Pierce, general manager, Motorsports, Toyota Motor North America. “We are looking forward to sponsoring Doug Kalitta, one of the sport’s most successful drivers, in Houston.”

Toyota has a rich history with Kalitta Motorsports, having won 31 races and two Funny Car world championships with the team since joining forces in 2011. Among those wins was Doug Kalitta’s victory in the season-opening NHRA Winternationals.

“The Toyota wrap on the car looks really good and I’m looking forward to trying to go down to Houston and get the win with it,” said Kalitta, the Top Fuel point leader. “Toyota has been a great partner and it’s been a real bonus for our team technically having TRD out there with us. I’m a true believer that having TRD’s involvement was a big part in winning the Funny Car championship last year.”

Kalitta has registered 45 career Top Fuel wins, the fifth-most in Top Fuel history. In addition, he will take a 33-point lead into Houston.

The race will take place just over 200 miles from the Toyota Motor Manufacturing Texas plant in San Antonio.