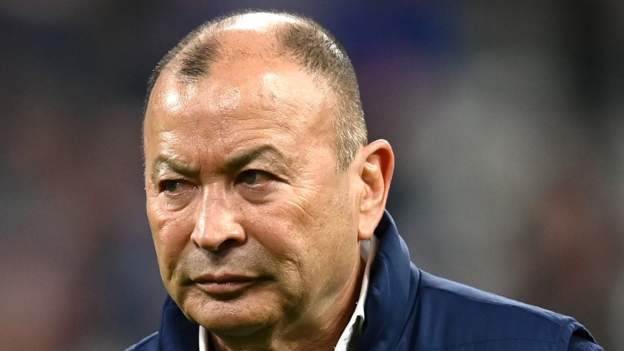 England lost three of their five games in finishing third this year, having managed only fifth in 2021.

"Eddie is over here at the moment helping us out. He's hard at work," Suntory coach Milton Haig said.

"He's not doing it because he wants money or praise. It's because he has a long affiliation with the club."

Jones' role with Tokyo-based Suntory goes back more than 20 years, with the Rugby Football Union (RFU) previously saying it was "aware and comfortable" with the arrangement.

Japan are among England's pool-stage opponents at next year's World Cup.

"It's a storm in a tea cup. He's just a rugby man and is really keen to talk to rugby people and see what he can learn off them," said Haig.

"He gets a kick out of just helping out and having no expectations. That's probably a bit of rest for him in itself."

Jones warned England fly-half Marcus Smith about the dangers of off-field distractions in November, citing tennis player and US Open champion Emma Raducanu as an example of the offers that could follow success at a young age.

Jones, who also wrote a book on leadership last year, subsequently wrote to Raducanu to clarify that his comments were not meant as criticism.