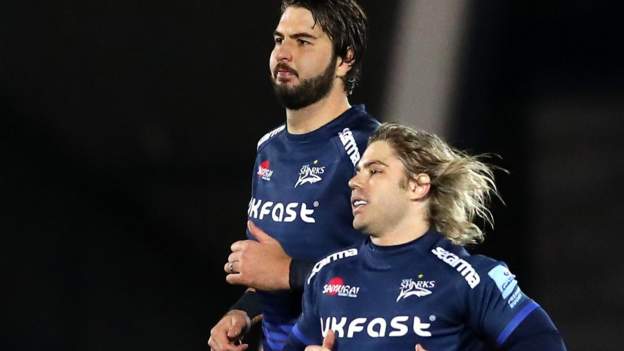 Sale Sharks have confirmed World Cup-winning South Africa pair Faf de Klerk and Lood de Jager will leave the club at the end of the season.

Both started the final against England and Sale team-mate Tom Curry.

Despite injury-disrupted spells for both since, they helped Sale finish third in the Premiership last season.

De Klerk has made 95 appearances for Sale so far, scoring 14 tries and 39 conversions in his 241 points for the club.