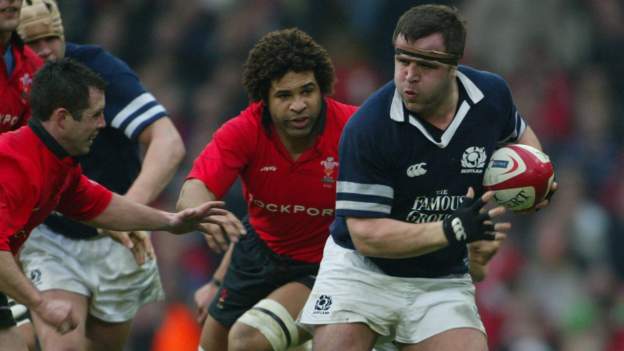 Recognised as one of the nation's finest players, Smith was diagnosed with stage four colon cancer in 2019.

He won 67 caps, and was instrumental in both Scotland's 1999 Five Nations title and the Lions' 1997 series win against world champions South Africa.

Revered coach Sir Ian McGeechan described him as "the greatest Scotland player of the professional era".

In November, Smith travelled from his home in France to Edinburgh to be inducted into Scottish Rugby's Hall of Fame, and presented the match ball before the Scots' autumn loss to South Africa at Murrayfield.

He captained his country during an eight-year Test career and was a hugely influential figure at club level for Brive and Northampton Saints until his retirement in 2009.

Smith coached at Edinburgh and Lyon in France before stepping back from the game in the wake of his cancer diagnosis in November 2019.

Until the 2021 tour of South Africa, he had been the last Scot to start a Lions Test match, having been selected for six in a row during 1997 and 2001.

Renowned as a powerful, technical scrummager despite his modest 5ft 10ins, 16st frame, Smith was years ahead of his time in possessing remarkable footballing skill.

"He was never compromised when he had the ball in his hands," Telfer added. "He could move it quickly or take the player on or hold it up. His skill was the thing I remember with Tom.

"You could play a different kind of game when he was in the team.

"He could be a link player but was still a solid servant in the scrums and line-outs. He was always a very good scrummager - he was the ideal shape because he had the bulk as well."