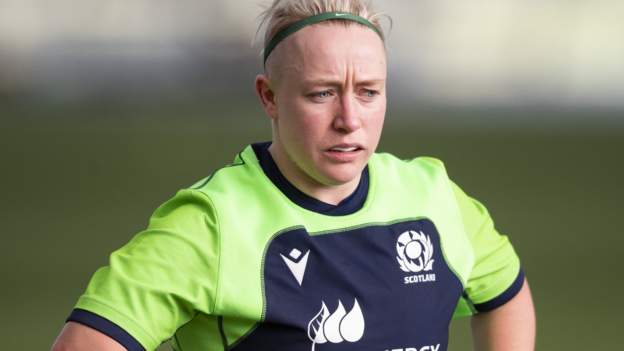 The Scots led 19-7 after 43 minutes in Cardiff, but slipped to a 24-19 defeat as the hosts scored three tries.

Twelve of the Wales squad were given professional deals in January, while Scotland's group comprises semi-professional or amateur athletes.

"The game didn't come down to support off the pitch," Skeldon said.

"We put in a good performance but there were opportunities we missed within the game. It didn't come down to the fact they're professional.

"They have improved but so have we. It came down to opportunities we missed on the pitch rather than things we missed off the pitch."

Bryan Easson's side were heavily beaten by England despite an encouraging opening-round performance, and face France, another championship powerhouse, in Glasgow on Sunday.

Skeldon, 28, won her 50th cap in Cardiff and was one of Scotland's three try scorers.

"I never thought I'd get to this milestone," the Worcester Warrior said. "It's not been easy. To get to 50 caps was really quite special having been in the squad for 11 years.

"It's come a very long way from 2011 to now. I remember the early days when you had to hand back your kit at the end of the year, you didn't get to keep it.

"Even within the support we've got, the amount of full-time staff, the size of our squad and culture within it, everything has improved so much.

"There's scope for massive things to come. Hopefully the women's game will become fully professional and I'll still be kicking around for that."