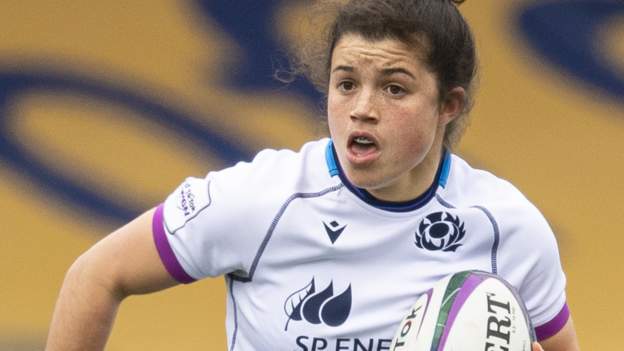 Caity Mattinson comes in for her first Scotland start as the visitors make six changes for Saturday's Women's Six Nations game in Italy.

The scrum-half, who switched allegiance from England this year, forms a new half-back pairing with Sarah Law while Shona Campbell returns on the wing.

Emma Wassell is restored to the second row after injury, Rachel McLachlan comes in at openside flanker and Molly Wright is deployed at loosehead prop.

Scotland have begun with three defeats.

Jade Konkel, who was substituted in the second half of the home defeat to France last time out, will miss the Italy trip and Scotland's final match away to Ireland through injury.

Head coach Bryan Easson, who has also made three positional changes, said: "The players have really been pushing each other for places during training this week which is pleasing to see ahead of the Rugby World Cup.

"With two away games remaining, we want to close out our campaign with more clinical and composed performances against Italy and Ireland.

"We know that Italy typically play from deep within their territory and kick less than most teams in the tournament so we know what to expect and have prepared accordingly."