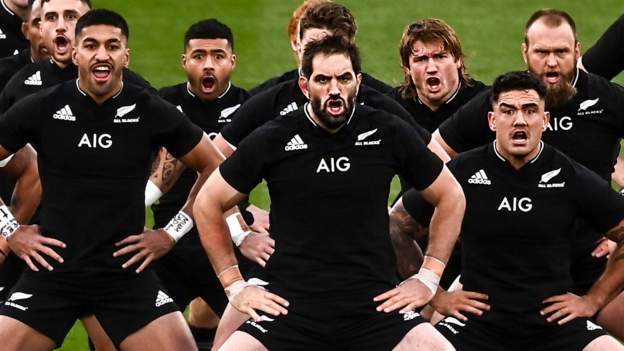 Scotland will face New Zealand for the first time in five years in their 2022 Autumn Nations Series, which opens against Australia.

Fiji and Argentina - who visit either side of the All Blacks - complete the opposition for Gregor Townsend's side.

The four matches are to be held at Murrayfield on consecutive weekends from 29 October.

The game with New Zealand is "eagerly anticipated by our supporters and players alike", said Townsend.

The Scotland head coach added: "We're really looking forward to playing them after missing out on the opportunity on two occasions over the past two years due to Covid.

"The Autumn Nations Series provides a great opportunity for us to take on some of the leading teams in the southern hemisphere in front of our supporters as we look to improve ahead of next year's Six Nations and the Rugby World Cup."

Scotland have never beaten the All Blacks, who are currently third in the world rankings and won 22-17 at Murrayfield in their previous visit five years ago.

The Scots ran in eight tries when they last faced Fiji, with Tommy Seymour's hat-trick a highlight in that 54-17 win in 2018, while Argentina will be familiar opposition as they host Townsend's side in a three-match series this summer before the November visit to Edinburgh.