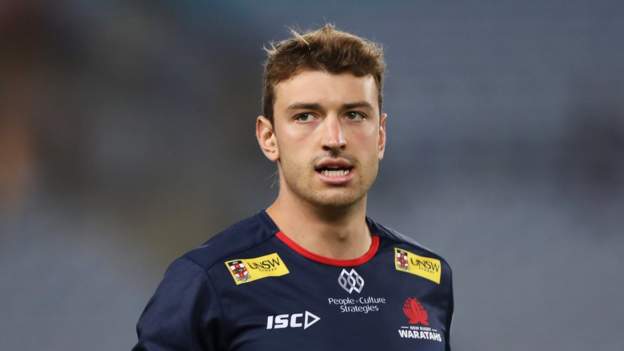 Ramm, 23, joins Saints from Super Rugby side New South Wales Waratahs, for whom he has made 20 league appearances since making his debut in 2020.

He represented Australia at the World Rugby Under-20 Championship in 2018 and has made senior training squads, but is also qualified to play for England.

"I'm thrilled to be signing for Northampton Saints," said Ramm.

"The Premiership is one of the most competitive leagues in the world and I'm looking forward to getting over there to show the club's supporters what I can do."

Ramm is a former gymnast who specialised in floor and vault disciplines, and has been studying for a degree in bio-medical engineering during his playing career in Australia.

"He's obviously an impressive athlete given his top-level gymnastics background, but he's grown into an excellent rugby player."

Ramm is Saints' third signing for next season from the same country following deals for lock Lukhan Salakaia-Loto and loose forward Angus Scott-Young.