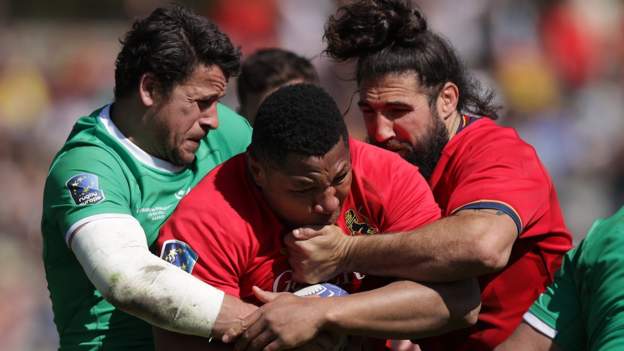 Spain have been stripped of their 2023 Rugby World Cup place after World Rugby deemed they used an ineligible player during qualification.

It is the second successive World Cup at which Spain have lost their place, for the same offence.

They still have 14 days in which to appeal the decision.

A 10-point penalty applied to Spain in the European qualification tournament means Portugal are now also in a position to reach the World Cup.

While Romania advance automatically in place of Spain, Portugal can now secure their place through a final qualification tournament in November.

Romania last played at the World Cup in 2015, while Portugal's only appearance at the tournament came in 2007.

Spain were given a £25,000 fine and will now also have to pay a £50,000 suspended fine from a previous eligibility breach made in qualifying for the 2019 World Cup.

The other sides in Pool B are Scotland, Ireland and South Africa, as well as an unconfirmed Asia-Pacific qualifier.