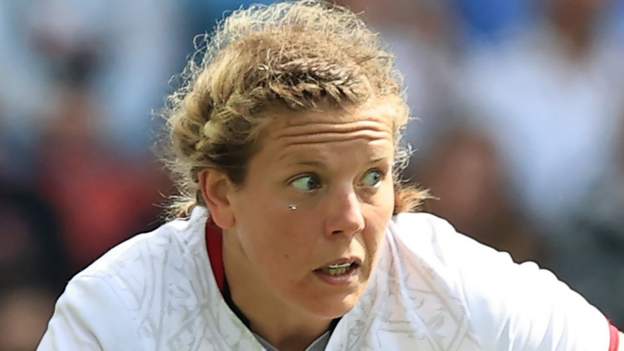 England will win a fourth successive Six Nations title if they can inflict France's first defeat of the tournament.

"It is such a big step change from pre-Covid times," Cornborough told Rugby Union Weekly.

"It has absolutely shot into the stratosphere."

England played in front of a record 15,836-strong crowd at Welford Road in the previous round and have drawn a strong audience on television.

Cornborough says the booming popularity of the women's game brings new challenges, with England have been preparing for a raucous atmosphere in the Stade Jean Dauger as France attempt to end a run of nine straight defeats to their rivals.

"In France, in those kind of stadiums, it feels like the crowd is on top of you," she said.

"The noise is unbelievable, you can barely hear the line-out callers. You really have to tune into the voices on the pitch, it is an amazing experience.

"It is definitely something we have looked at as a squad, how we are going to rise to that occasion and challenge.

"It is about us controlling the day and what we can do on the pitch."

England's last away match ended prematurely, but with victory, when the floodlights in Lille failed with the visitors leading 17-15 with 62 minutes on the clock.

France have been within a converted try of England in six of their previous eight meetings.

"The games have all been so close, it doesn't feel like we are going for 10 in a row," said Cornborough's team-mate Poppy Cleall.

"We have beaten them on the day, but it has always been so close you can't really call it. They are always phenomenal games."