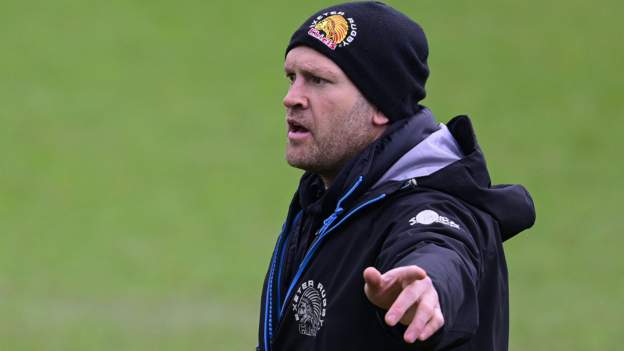 The Chiefs have conceded 55 tries in 22 league games this season and are currently fifth in the table in the race for a play-off spot.

The Australian, 36, joined the club's coaching staff in the summer of 2018 after three years as an Exeter player.

"I have been looking to make a change and bring in some fresh ideas within the coaching group," Exeter director of rugby Rob Baxter said.

"Julian was in the scenario that his contract was up at the end of the season and following discussions between myself and him, I have made the decision to make that change now.

"I would like to thank Julian for all of his efforts, not just as a player, but as a coach and as an all-round clubman, over the past seven years.

"In the interim, I have asked Haydn Thomas to oversee our defence coaching until the end of the season, after which I will look at options as to where we go next in terms of this role within the first-team squad."

Exeter went on to reach three Premiership finals and win a domestic and European double in 2020 while he was part of the coaching set-up.

But this season they have struggled for consistency, losing 10 of their 22 games, and may need to win their final two matches to stand a chance of making the play-offs - something they have done each year since 2016.

The Chiefs, who are without a game this weekend, are a point behind fourth-placed Northampton and level on points with Gloucester, in sixth, but having played a game more than both.