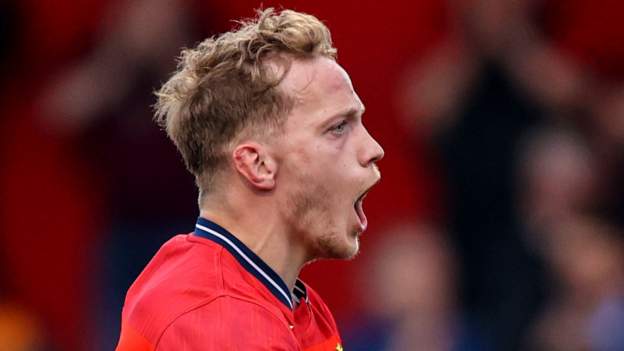 Munster moved into second place in the United Rugby Championship table by securing a bonus-point 42-21 win over struggling Cardiff at Musgrave Park.

Mike Haley scored two tries in the first half and Thomas Ahern one with Craig Casey crossing twice after half-time to seal a convincing victory.

It was a fifth defeat in a row in all competitions for Cardiff but Munster move to within five points of Leinster.

The win guarantees a play-off berth in the URC for Munster and boosted their hopes of a home quarter-final.

The Welsh region remain without an away win in the competition this season and stay in 14th spot in the table.

Cardiff got off to the perfect start when second row Davies shrugged off a challenge and dived over in the corner in the second minute, Jarrod Evans converting.

Four minutes later the hosts were on level terms when Haley dotted down behind the posts after their back division kept recycling the ball, Ben Healy adding the extras.

Lee-Lo ran in the visitors' second try in the 12th minute, Evans contributing the additional two points, then Simon Zebo crossed but his 'try' was ruled out because the winger had a foot in touch.

Healy's penalty reduced the arrears to four points before full-back Haley touched down under the posts for his second try, finishing a move he started by stepping inside and diving over.

Cardiff full-back Hallam Amos, who will retire at the end of the season to concentrate on his medical career, was forced to retire hurt, before Healy landed a penalty and then lock Ahern barged over for a converted try to give Munster a 13-point cushion at the interval.

Healy kicked his second penalty but Williams helped bring Dai Young's side to within nine points as he threw a dummy and went over under the posts, Evans converting.

Munster went through the phases after the hour mark and Jack O'Donoghue off-loaded to replacement Casey as Munster made sure of the four-try bonus-point and Joey Carbery converted.

Casey dinked in for his second try with three minutes remaining as the Irish province built up further momentum for next week's Champions Cup quarter-final against Toulouse.

Next up for Cardiff in the URC is bottom-of-the-table Zebre.