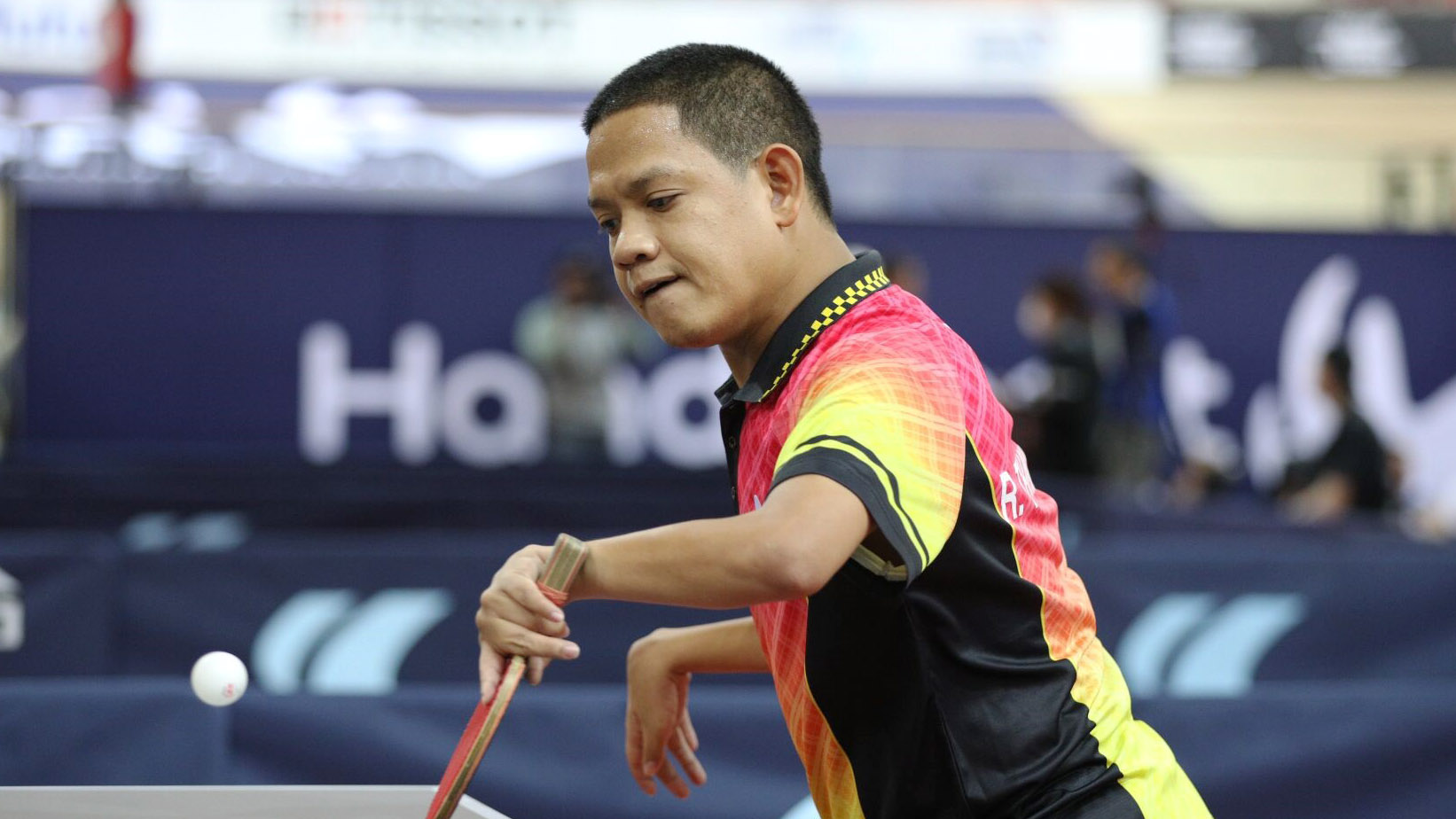 A successful day for Thailand was very much the outcome on Saturday 7th May at the SQY French Para Open.

A semi-final place now awaits Thirayu Chueawong and Natthawut Thinathet; for Iker Sastre and Miguel Angel Toledo, who finished in second position in their group, they face a quarter-final contest against the combination of Chile’s Guillermo Bustamente and Frenchman Benoît Besset.

Success for Thailand, for the host nation’s Lucas Creange, it was somewhat the reverse side of the coin.

Likewise in the mixed doubles, when top seeded, it was disappointment for Lucas Creange.

Second group place the result for Lucas Creange and Lea Ferney, they now face Japan’s Takashi Asano and Sayuri Mio in the quarter-finals. Koya Kato and Maki Ito advance directly to the penultimate round.

Notable progress for Thailand, it was very similar for Turkey.

In the women’s doubles Merve Demir and Neslihan Kavas, the top seeds (class 20), justified their status to book a penultimate round place.

However, pride of place went to the women’s doubles pairing of Ebru Acer and Sumeyra Turk (class 22). In a group organised event, they accounted for Japan’s Nanako Hazeyama and Maki Ito, the top seeds (11-7, 11-9, 11-6), to end the day the only unbeaten pair.

Unexpected outcomes, otherwise, it was a day without defeat for the top seeded partnerships.

In the men’s doubles, Valentin Baus and Thomas Schmidberger (class 8) remain on course as does the French pairing of Mateo Boheas and Thomas Bouvais (class 18).

Meanwhile, in the mixed doubles, the host nation’s Clément Berthier and Morgen Caillaud (class 14) secured a semi-final place as their position advised.

Play at the SQY French Para Open concludes on Sunday 8th May.